In this round of Bundesliga, Leipzig played away 1-1 against Leverkusen. After the game, Leipzig coach Nagelsmann said that the game was very exciting and the result of the draw was fair to both sides. 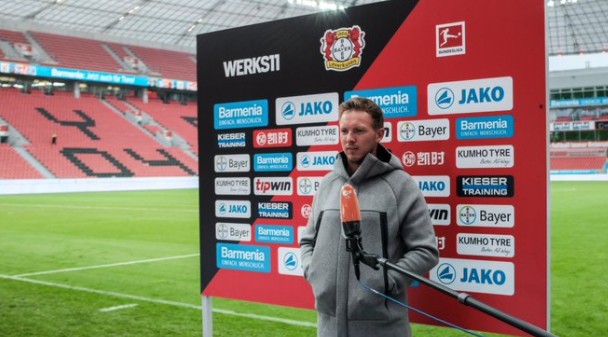 After the game, Leipzig coach Nagelsmann said: "This is a very exciting game. Both sides have the opportunity to score. The game is very fast. Of course we originally hoped to win the game. But if you look at the course of the game If you do, then a tie is also a fair result."

"We had a good start to the game and deserved the lead. After 1-1 and Poulsen went off, we were a little out of shape. We adjusted our tactics during the intermission. The performances of both sides in the second half were evenly matched."